Scientist solve mysteries, magicians and conjurers create them. Perhaps surprisingly these two seemingly different groups also have much in common. In ancient Greece when the high priests of the temple wanted to prove the powers of the Gods, they would wheel out the statue of a bronze horse. Offered a bowl of water, the horse statue would drink and the water would be seen to flow through the horse and then out at the back, where it was expected. Miraculous enough to have a metal horse that drank, but then dramatically the priest would pass a sword right through the neck of the drinking horse. Not only did the horse still drink, but the head remained attached to the body – the power of the ancient Gods was truly great. Except of course it wasn’t; the horse statue was an amazing bit of magical engineering created by mathematician and engineer Hero (AKA Heron) of Alexandria. The horse contained clever pronged cog wheels that held the head in place but also allowed the sword to pass through. As the sword passed through the series of cogs, the neck would click around, allowing the sword to pass but ensuring that there were always some in place able to hold the head on. As for the drinking, a clever ratchet mechanism ensured that as the sword passed, it pulled a tube away and then pushed it back when the sword had passed to allow the drinking to continue. 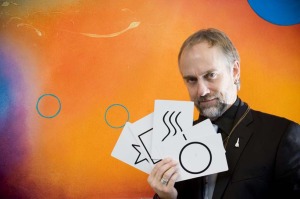 Fast forward to Jean Eugène Robert-Houdin, a famous French magician in the nineteenth century. Robert-Houdin was what we could call today an ‘early adopter’; he loved playing with the new technology of the time and was one of the first to have electric lights in his home in France. He also used clever science to create some of his magic. One of his most famous tricks was the light and heavy chest, in which a wooden box was first easy to lift and then, at the snap of a finger, too heavy to lift. The trick worked using electromagnetism which, in his day, was a new and largely unknown technology. A metal plate was hidden in the chest and an electromagnet hidden in the floor below. When the magnet was on, it attracted the metal plate and so the box couldn’t be moved. Napoleon III even convinced Robert-Houdin to use his ‘magical powers’ to help quell an uprising in Algeria. Local tribesmen were being led by shamans professing magical powers. Robert-Houdin used his light and heavy chest trick to prove that French magic was stronger and so helped discredit the local leaders.

Magic is always being reinvented as new bits of science and engineering come along. There is a classic trick called grandmother’s necklace where two ropes are used to tie beads into a seemingly inescapable loop, yet the ropes seem to pass right through them. This trick has its origins in the first ever book to describe how magic could be faked using science.

In 1584, Reginald Scott published his infamous book ‘The Discoverie of Witchcraft, wherein the Lewde dealing of Witches and 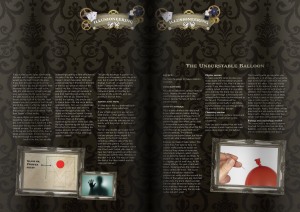 Witchmongers is notablie detected’ exposing the tricks of medieval witchcraft. The trick involves making the audience believe that two ropes both pass through the beads, while in fact the ropes are loops joined together at the center then fed through the beads. This means that when a simple knot is tied in the front, and the ends of the ropes pulled tight, the central link breaks releasing the beads and making it look like the ropes have passed through. It works by cleverly hidden maths; the topology is not what is seems. The modern version of this classic can be done using rare earth ma gnets which are small and incredibly powerful – they’re hidden in the ropes, which can be examined and then secretly linked into their two connected loops for the trick to work. New forms of magic have even been performed in space; a number of astronauts have been amateur magicians, but in 2008 video game pioneer and space explorer Richard Garriott, a lifelong collector of magical props, performed the first full magic show on board the International Space Station. Working with experts including us at Queen Mary, he created new effects that would work in the microgravity of earth low orbit.

Throughout history, new types of technology and hidden science have been used to make the impossible possible. There are careers for scientist and engineers in creating new professional magic effects, and loads of fun in using science and engineering to entertain and fool your friends. If you’re interested in exploring more, illusioneering.org (created here at Queen Mary) has a range of clever magic effects, including links to the space magic, that are all based on science like chemistry, physics, mathematics and engineering. Enjoy but remember it’s a secret, and don’t break the magician’s code.